We're going back in time 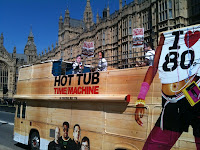 Just when we thought things couldn't get any odder, in early 2010 we were called to ask promote John Cusack's latest film, Hot Tub Time Machine. 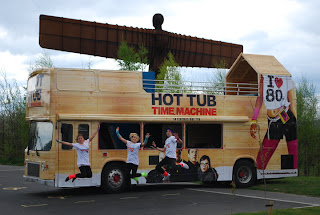 and filled the tub with fake foam 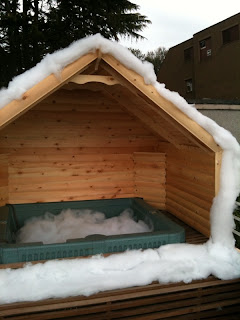 and we drove the Time girls round the UK, even stopping off outside the Houses of Parliament.

Normal service resumed soon after, as we returned to the wonderful Blissfields, this time to operate not just the Bus Bar but all the bars on site. 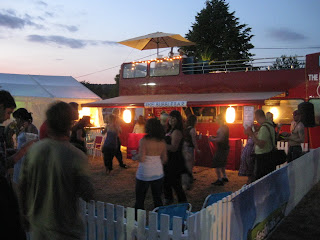 We then headed off to Shhhh in Norfolk, followed by a return trip to the backstage of Camp Bestival, where we served Green Goddesses to Ellie Goulding, Pirate's Choice to Suggs and Howard Marks and whiskies gallore to Bootsie Collin's band.

Big brother Bestival was equally fun, with stunning sets from The Cure and David Rodigan  .... 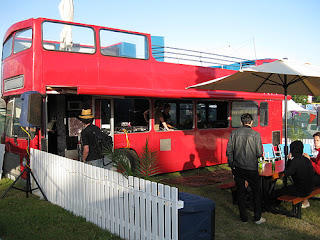 Finally came the last event of the year: the ever growing, end of summer loveathon named Harvest. 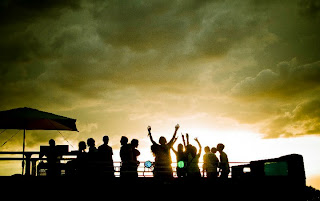 We've the Bubblebar, with on tap bubbles (of course!), cocktails, and more, coming complete with a 100 m sq private Garden, a roster of the finest DJs, late opening, witty banter and endless hospitality.

All you have to do is conduct yourself in a manner becoming...

Available for private hire, the bus works equally well as

- a Backstage Bar, with conductors concocting any cocktail you can cope with,

- an Alternative Stage, with DJs or a 5 piece band playing to groupies in the hot tub and the bar flies below,

- a Luxury Camper ‘Van’, complete with a triple bed, and it’s own loo, or

- a Promo Vehicle, able to promote your brand, anywhere, anytime.